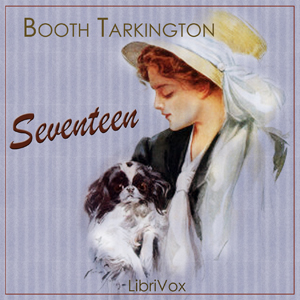 Pubescent young William Baxter lives through his first summer of "real love", complete with the mood swings, catastrophic embarrassments, drama, and longings for peach fuzz on the upper lip. The object of his love is a flirty, shallow guest of a neighbor - a girl who insists on speaking in baby talk and carries along a tiny, arrogant little doggie.

I've never been a teenage boy, nor have I lived with one. But if my female teen years were any indication, Tarkington has this spot on, much to our amusement. Added to the fun is Williams younger sister, who is the irritant and instigator of many of the comic scenes.

The one thing I DIDN'T like is Tarkington's attitude towards African-Americans, mostly given through the mouths of the main characters. Attitudes of the time, but more offensive than many of the books of the period I've read.

The reader is good. I enjoyed his characterizations.

Uploaded by librivoxbooks on August 14, 2009